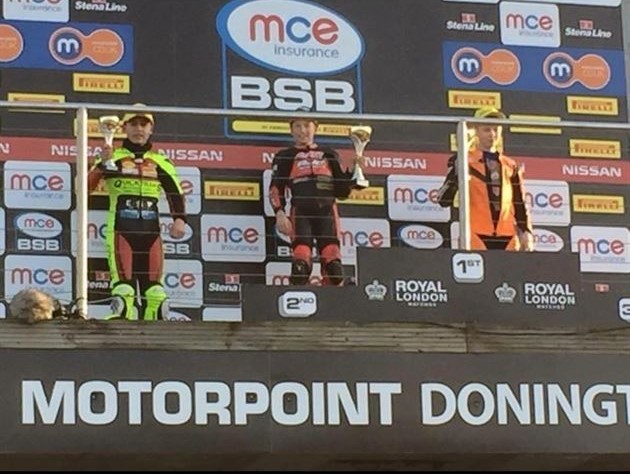 Well this past weekend was simply amazing! We had many ups and downs but overall it was great. We got on the train to head to the track and we had a few problems because the trains got delayed and we had to take a bus. We finally got to a rental car and drove to the hotel. After we checked into the hotel we drove to the track and did a track walk and helped the Moriwaki Cup set up. Saturday was the first practice but before I could go out the bike over heated. I missed half the first practice because of this but we finally got out towards the end.
Sunday morning we went out for the qualifier and I did decent. I was in the top five for the first half of the qualifier but towards the end I got bumped down to eighth. Later on that day I lined up on the grid in eighth position and I knew I had my work cut out for me. I had a good start into turn one and I got into fifth. From there as we completed the first lap I got bumped to 6th. From that point on there were six of us all together pushing hard to try and get the lead. There were lots of changes in the very front too. I made a move on the last lap and got myself into fifth so I could set myself up to pass in the last corner. I passed two people on the second to last corner but it didn’t work because I ran wide. So I had to get the drive into the last corner. In the last corner I out broke them into turn 11 and made it stick to get into third and I held it all the way to the line. That was an exciting end of race one and I got my first podium overseas!I also had the second fastest lap time of the race.
We went back to the hotel that night and immediately started to think of how we could improve for Monday morning’s race.
We woke up Monday morning for the race and I knew I could win it if I got off the line. I had a good start and made it into fifth place on the first corner. Unfortunately, I just didn’t have the opportunity to stay with the lead group. I got drafted on the back straightaway and held up so I could not stay with the
lead group. I ended up running sixth most of race but ended up fourth due to the first two guys crashing before the finish line. Overall it was a solid weekend.
This weekend was one I will never forget! England has some really interesting places to see. The castles we saw were so interesting. It was also fun having Paulie drive around on the opposite side of the road compared to the USA! We tried some different foods and even went to a mall that was huge. I also got to meet Danny Kent and he took the time to give me some good advise for the weekend which helped me to reach my goals. We had a good time checking out the Moto 3 bikes and watching them race. There’s just so many great things about being over there and I really can’t wait to go back!
I would like to thank everybody for the support including: Arai helmets, MDM, Gimoto, Sidi, Track Side Parts Club, Team ProMotion, Impact Safety Armor, NJ MiniGP, Hang Dry, Moriwaki 250 Junior Cup for having me and helping me and Paulie with everything we needed, Graham and Mason Law for taking the time to show us around and help make us feel at home in the paddock. Also thank you to BSB staff and all the British fans for the warm welcome. A big thank you to Paulie for going with me and all the work you do with me, my mom and everyone else who helps support me, texted me, messaged me on facebook and all the great comments posted on my page!